﻿ Ralph Walker: Architect of the Century 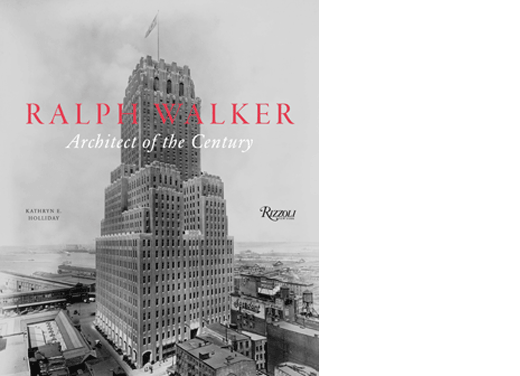 Ralph Walker: Architect of the Century is the first book dedicated to the career of one of New York’s most successful and prolific architects. Called “the only other honest architect in America” by Frank Lloyd Wright, Walker shaped New York’s skyline during the Roaring Twenties, from the iconic Barclay-Vesey Telephone Building at 140 West Street to the luxurious Irving Trust Building at One Wall Street in the heart of the city’s financial district. Walker was a master of modern ornament, using his skills as a designer to “humanize” the skyscraper and the city itself.

In 1957, a New York Times headline proclaimed Walker “Architect of the Century,” an honor bestowed by his fellow architects, celebrating his “brilliance” as a philosopher and a humanitarian. Walker invented a new language for telephone buildings across the country, shaped the Chicago and New York World’s Fairs of the 1930s, and became an outspoken advocate for his vision of a humane American city. Across the fifty years of his practice, Walker remained dedicated to defining a modern architecture that shaped and responded to human experience, from the dramatic towers of the dense city to the serene landscapes of the suburbs.